More and more people have problems with their bowel movements. Constipation and hemorrhoids are now common diseases in industrialized countries. But why is that? What causes these problems?

The problem is the modern toilette that allows you to sit.

Most of us in the Western world know the toilette where you can sit and no one is really questioning if this sitting posture is really healthy and if it is the best way to empty your bowels. I guess the inventor of the modern toilette should have thought about it, but unfortunately, he didn’t. Since the majority of the modern, industrialized countries around the world use the toilette where can sit, most of us assume that this is the right way to poop and no one has really a reason to question it.

The modern toilette is unhealthy

It is actually pretty surprising to find out that sitting on a toilette is not healthy and not the best way to empty your bowels. The much better and more natural position is squatting. This would be the healthy position. Actually, the sitting posture can lead to serious issues, like hemorrhoids, constipation, incontinence, colon cancer, and heart attack.

The history of the modern toilette

The modern toilette with the function to flush with water was patented in London in 1775. This toilette was soon very popular and since then the modern toilette became more and more common and the natural posture of squatting became forgotten.

The modern toilette had several advantages compared to the toilettes before. Some of the main ones were improved hygiene and a decreased risk of infections.

However, this new type of toilette also created problems that didn’t exist before. The main issue with the toilette was that the ergonomic posture was not taken into account when the toilette was developed. Sitting down makes it much harder to empty the bowels and furthermore the intestines aren’t emptied completely. Nowadays, there are several studies that prove that the squatting posture is much healthier for humans.

Why is squatting healthier?

The biggest difference between the toilettes is that when you squat the angle between your upper body and your things is acute and the pelvic floor is relaxed. Also, the intestine is straight which helps with the emptying. In this posture, the intestine can be completely emptied. However, when sitting on the toilette the pelvic floor muscle has a kink, which makes it much more difficult to empty the bowel.

Squatting on the toilette can prevent a variety of diseases like constipation and colon cancer. In addition, these postures also prevent hemorrhoids, since the pressure on the intestines is a lot less when squatting.

How can I transform my modern toilette into a squatting toilette?

Specific stools help you to take the squatting position using the common sitting toilette. In the beginning, this posture might be unusual and uncomfortable, but over time you will feel the health benefits. 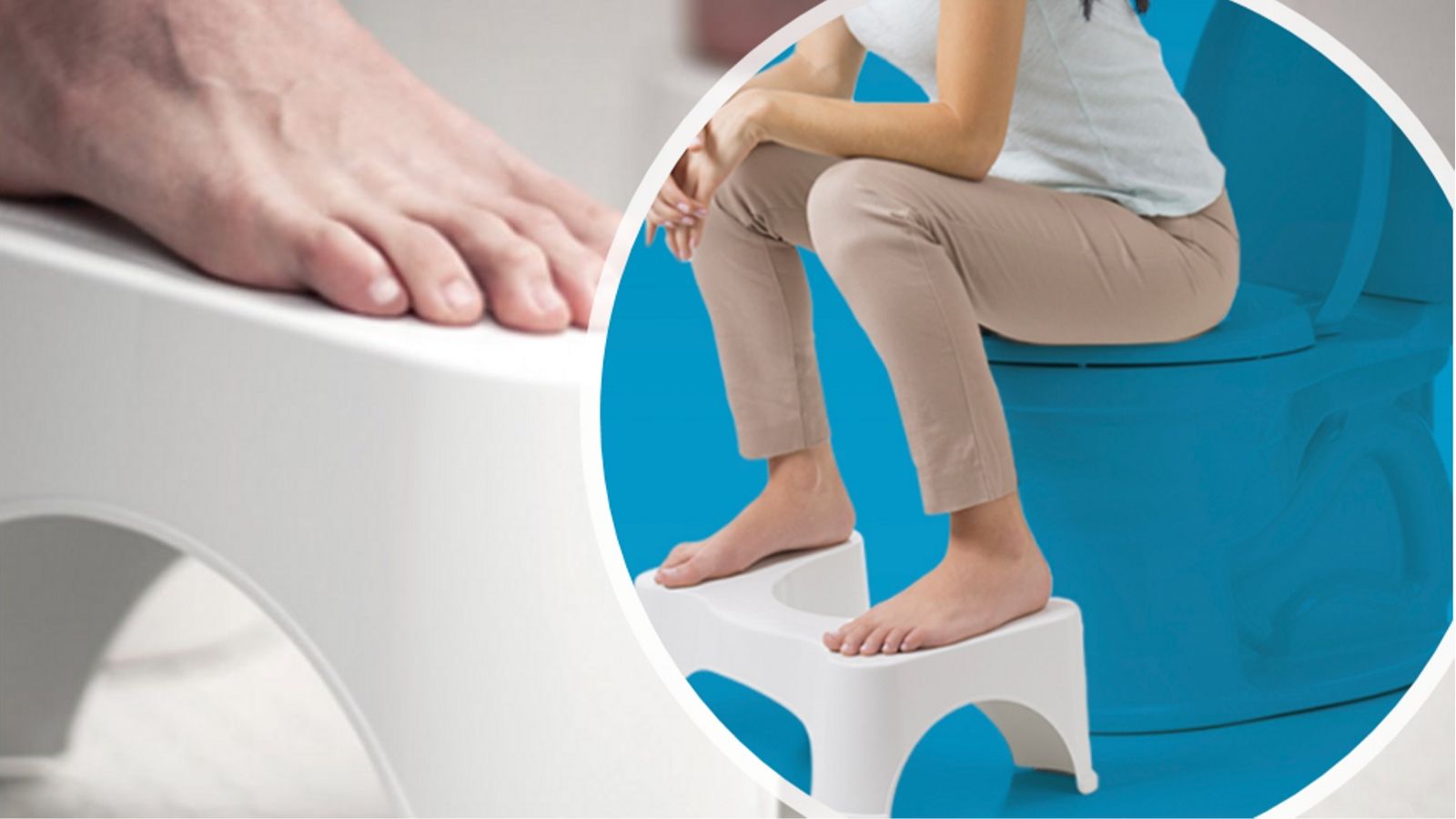